In previous years, I’ve complained about how our zucchini plants give up and die after producing only a handful of vegetables.

We came home after not even a week away to four XXXL zucchini, each give or take 4 pounds. Since then, I have found one more mega squash hiding under the leaves and have harvested many more regular ones that are perfect for grilling or spiralizing.

I’m still going through the XXXL ones, though. They can be turned into an awesome, super-moist chocolate zucchini cake, and you wouldn’t know there was zucchini if I didn’t tell you (I like to tweak it with lots of ginger plus fresh cranberries that were stashed in the freezer around Thanksgiving). It’s been so hot, though, that I haven’t wanted to turn on the oven much. No excuse for not grating them all and freezing them, though.

I don’t have the recipe handy right now and can’t find it online, but I’ll post it in an update.

The bigger question is why has this year been so much better. More rain? More heat? That we used upside-down tomato cages to get them to grow upward first, before they started sprawling? Did any of that keep the bugs away? Or the steady stream of eggshells I crushed and dropped around them?

Finally, zucchini plants are heavy feeders, and this year I was determined to give them some nutrients. We had perhaps 11/2 bottles of Terra Cycle’s worm poop that a Master Gardener neighbor had given me a few years back that I would repeatedly forget about until it was really late in the season. This year I was determined to use it all up … and I have. Is that the reason?

To be fair, I have not used this natural fertilizer on our cucumber plants, which have been way too prolific for my taste. We came back from that same vacation to 10 cukes. I gave a bunch to neighbors. Maybe two weeks later I gave away another dozen…

Oh, and then there is the rhubarb. We have the green kind. We’ve been better about harvesting it this year, though unfortunately we have been less successful about pairing it with strawberries in something yummy, like pie. Good thing there’s a freezer. 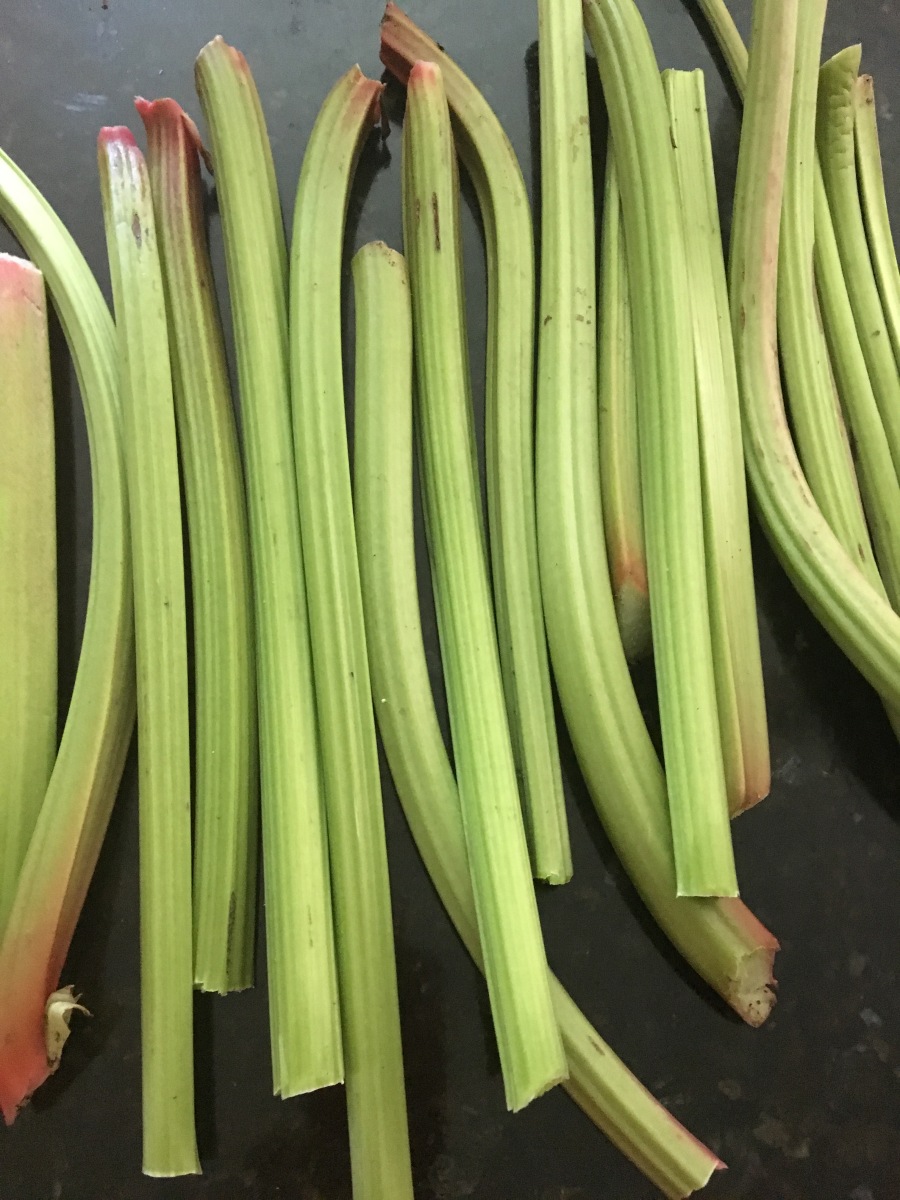 A gardener (along with the Brit) who has discovered there is more than hybrid tomatoes. View all posts by alliumstozinnias

One thought on “Tackling our zucchini glut (it’s a struggle)”